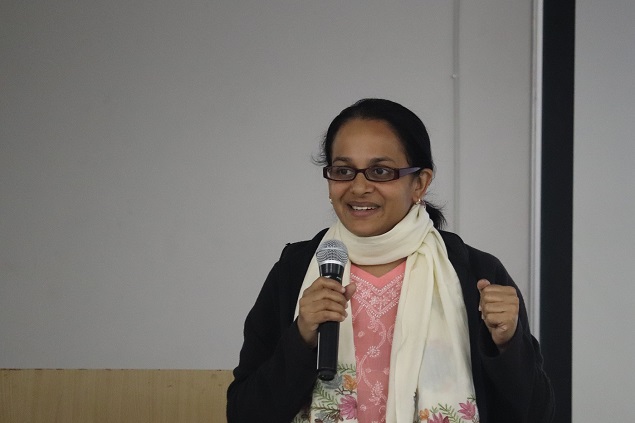 Sharmistha Majumdar is an Associate Professor in Biological Engineering. She received a B.Sc. in Presidency College, Univ. of Calcutta in 1997, received a M.Sc. (1999) from Madurai Kamaraj University and a Ph.D. (2006) from the Cornell University,. She was a Postdoctoral Fellow at the University of California, Berkeley from Dec 2007 – Dec 2013. She is currently a Principal Investigator of the SM-Lab at IIT Gandhinagar. Her research interests lie in Evolution of mobile genetic elements/ transposons: mechanisms of transposition and control, Modifications of function in transposase homologs, Biochemical/biophysical/structural characterization of nucleotide-binding & nucleic acid-binding proteins, Genomic and proteomic analysis of transposases and transposase homologs.